Animal Crossing: New Horizons in November brings new creatures to catch as usual! A variety of new bugs, fish, and sea creatures will be appearing on our islands very soon, and this guide will take you fishing, bug catching, and deep-sea diving in all the right places so you can keep your resident Blathers happy with the exhibits in his museum… or sell them for profit, whatever you want to do. Before we get into November, however, we should also focus on those creatures that will be leaving at the end of October, unable to be caught until next year when they reappear. We’ve divided this list into three sections: bugs, fish, and sea creatures, and we’ve listed what’s leaving the island first before getting into what’s newly arriving. Let’s get catching!

The rarest of the dragonflies can be found flying around between the hours of 8 a.m. and 5 p.m., so keep an eye out for the giant dragonfly with the green eyes!

Bell Crickets are hard to miss if you’re playing in the evening, as they’re hopping around between 5 p.m. and 8 a.m., but be sure to catch one just in case you might have forgotten.

This dragonfly is buzzing around at the same time as the Banded Dragonfly mentioned earlier, but it’s far more common. We imagine you’ll catch one or two of these in pursuit of the rarer Banded version.

The Ladybug likes to hang around your flowers during the day and they’re really common, so you should have no trouble catching one of these little ladies.

The orange variant of the Stinkbug crawls around on flowers in the late-night hours, so look for it when the sun goes down.

This crimson critter hangs around a bit longer than the other dragonflies on the list, flying around between 8 a.m. and 7 p.m., so wait until a little later in the day for this to be the only dragonfly remaining and you’ll be set.

The rarest of the bugs leaving in October, this stingy insect only appears at night randomly walking around the island. Not only is it rare, but it could potentially sting you and knock you out. Proceed with caution!

The Stinkbug without a face is a green little bug that will be found crawling on flowers all day long, so you should be able to find one no matter when you hop back onto your island.

Like the Stinkbug, the Tiger Beetle has no set time frame, meaning you can find one at any point in the day. Unlike the stinkbug ol’ Tiger will be crawling around on the ground instead of on a flower, so just keep walking and you’ll run into one.

The tiny Yellow Butterfly wakes up bright and early, 4 a.m. to be exact, and hangs around until just before nightfall at 7 p.m.. With such a wide time frame, it won’t be difficult to find one for your collection.

The dragonflies may be leaving, but the Damselfly is ready to take their place on your island. You can find these little damsels flying around at any time of day.

If you hear a strange noise while walking around, start digging some holes. Eventually, this little guy will pop out of the ground, and you’ll have a new bug for your collection.

When the Scorpion departs, the nights belong to the Tarantula. This mean eight-legged biting machine will also send you back to your home dazed and confused if he bites you, so be careful approaching one when you see it.

The tiny Angelfish can be caught anywhere in the river between 4 p.m. and 9 a.m., so check those smaller shadows when the sun goes down.

Conversely, the Betta appears at the exact opposite times of the Angelfish, between 9 a.m. and 4 p.m., so any tiny fishies swimming in the river during the day might end up being a Betta.

The common catfish can be caught only in the evenings in isolated ponds throughout the island, so check for moderately-sized shadows between 4 p.m. and 9 a.m. for these fishy friends.

This big boy can only be caught by casting a line off your island’s pier, but it’s available at any time of the day. So if you see a big shadow off the dock, go for it!

The Mahi-Mahi is the same as the Giant Trevally, only caught as a large shadow off of the pier, but this Hawaiian fish is a bit harder to find than its giant counterpart. Bring some bait to keep those shadows coming.

If you see a thin shadow in the ocean it’s most likely the Moray Eel, as the skinny swimmer appears all throughout the day right off the beach.

The Rainbowfish and the Betta share the same appearance (small shadow in the river between 9 a.m. and 4 p.m.), but this colorful fish is more common than the elusive Betta, so you won’t have as much trouble finding it.

Like the Moray Eel, the Ribbon Eel appears as a thin shadow in the sea at any time of day. However, the Ribbon Eel will appear more frequently than the Moray, so be ready to see a lot of them.

Large shadows in the river between 9 a.m. and 4 p.m. might not always be fish; you may find yourself pulling up the snapping turtle instead. Good thing it doesn’t actually bite!

Catching a Tilapia shouldn’t give you much trouble, as it appears all day long in the river. Look for the medium-sized shadow and cast that line.

The Bitterling may be one of the easiest fish to catch in all of Animal Crossing, appearing in the river at all times of the day with its super small shadow. You might have to squint, but it’s there for the catching.

The Blowfish, not to be confused with the Pufferfish, will be appearing in Animal Crossing: New Horizons’ oceans for the first time during nightfall in November. Look for shadows of smaller sizes (but not too small) between 9 p.m. and 4 a.m.

One of the most valuable fish in all of New Horizons, the 10,000 bell Blue Marlin can be found off your island’s pier throughout the day. Look for a massive shadow, and you may have yourself a Blue Marlin.

You might have been able to catch the Football Fish way back when the game launched, as its normal appearance is between Nov. 1 and March 31. If not though, check for medium-sized shadows after 4 p.m. and you’ll score a touchdown with this football fish.

We suspect the Tuna will be the cause of a lot of frustration for ACNH anglers, as its shadow looks exactly like the Blue Marlin’s and it also appears off the pier. It’ll still net you 7,000 bells at the shop, so the Tuna’s not all bad.

Unfortunately, the Giant Isopod is one of the most difficult sea creatures to catch, moving away from you in long quick strides with a massive shadow to follow. It’s also got a weird appearance schedule, showing up between 9 a.m. and 4 p.m. and 9 p.m. and 4 a.m. Just keep swimming and you’ll get it!

The Spotted Garden Eel is far easier to capture, swimming along the ocean floor at an easy pace for you to catch. Go diving between 4 a.m. and 9 p.m. and you’ll find it.

The most common of the three crabs coming to Animal Crossing: New Horizons in November, this guy’s shadow scurries along at a nice easy pace, meaning he won’t be too hard to catch with a well-timed dive.

On the other hand, the Red King Crab is the rarest of the deep sea’s new crabs, and this devious decapod will zoom along the ocean floor away from you. Persistence and patience are key to dethroning this mad monarch.

The easiest of the five new sea creatures to catch, the Sea Cucumber moves at a slow pace that makes for quick collection.

Somehow November has two ultra-rare deep-sea specimens, the Red King Crab and this Sea Pig. Unlike the crustacean, however, this slippery scamp only appears between 4 p.m. and 9 a.m., so don’t count on catching him unless the moon is high in the sky.

The Snow Crab carries a decent price tag of 6,000 bells, making it one of the rarer sea creatures available to us. When you do find one, expect some speed behind its shadow; it will not be caught without a fight.

There you have it, a complete look at all of the wildlife changes coming to Animal Crossing: New Horizons in November. Happy hunting! 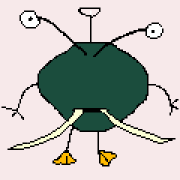 Sakuna: Of Rice and Ruin quickly racks up over 500,000 global sales