Become a Pokémon Master by defeating Master Trainers in Pokémon Let’s Go.  They’re dedicated to a single pokémon and beating one will net you the title.

How to be the best there ever was

Here’s how it works. After you beat the Elite Four, new trainers will appear with pokemon in bubbles above their heads. It’s a one-on-one fight (in most cases) and no items are allowed. That means no Mega transformations and moves based around held items won’t do you any good. The other twist is that you must use the same pokemon they’re fighting with, (poké)mano a mano. This removes any type advantages for easy wins. To make up for only carrying a single pokemon, all Kanto pokémon will have an accompanying Master Trainer to fight. There’s no information if this will include the Alolan versions as well or not.

Once you defeat one of these trainers, some characters (at least, Nurse Joy) will refer to you with your new title. In the case of beating a Master Trainer with a Venasaur, she will refer to you as “Venusaur Master” followed by your character’s name. When defeating multiple Master Trainers, I imagine your title will change based on the last Master pokémon you fought.

Speaking of Venusaur, if you have an eagle (or should I say, Braviary?) eye, you can see both the trainer and the player’s pokémon are at level 75. It’s hard to tell if this will be consistent for every Master Trainer, but it’s not uncommon with other modes like the Battle Maison. We’re also unsure if there’s a cap on your pokémon’s level or if you can go beyond that.

It looks like if you want some post-game content, you’ll have plenty to do. Are you excited to fight tougher pokémon that aren’t just a handful of legendaries? Let us know if you’re going to be a Pokémon Master in Pokémon Let’s Go in the comments! 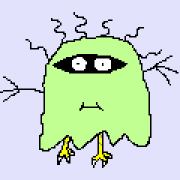