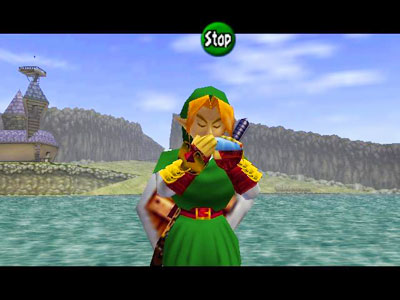 Legend of Zelda: Ocarina of Time

Often considered one of the best games of all time, in the best series of all time, on one of the most classic consoles of all time, *deep breath*, it is not surprising Ocarina of Time made this list. Not satisfied with just having Mario excel in the 3rd dimension, Nintendo made the Zelda franchise make the jump and the result was phenomenal. I cannot begin to describe the amount of nostalgia we here at Nintendo Enthusiast have for this game. Expertly designed dungeons, amazing controls, fun items, and tons of side quests makes this the adventure game to have. It’s not just one the best N64 games, it is hands-down THE best N64 game. Period. 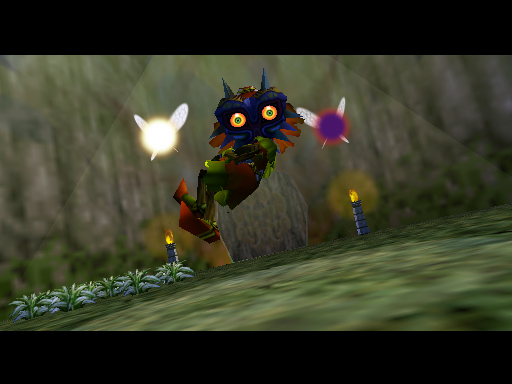 Majora’s Mask is not just a game; it is an experience unlike any game out there. The world of Termina is bursting with detail as most NPCs feature a back-story and side quest. The titular mask and Skull Kid make an unusual but unforgettable villain with a complex agenda and deep emotions. The dark atmosphere made this a nice departure for the series and even changed up the typical Zelda formula. All of this — with tight gameplay, intelligent dungeons, and a world begging to be explored–  makes this my [CitizenOfVerona’s] favorite game of all time. 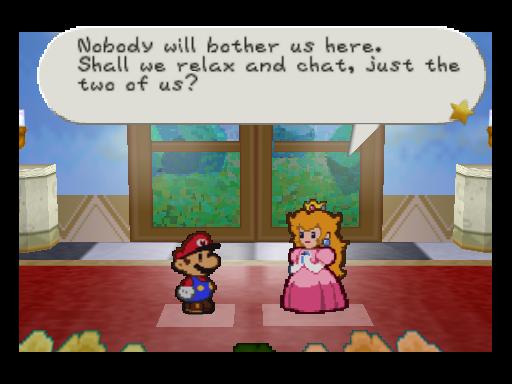 It may not have been the Mario RPG everyone wanted at the time, but the game we got turned out to be better than anyone could have imagined. A unique twist on both the Mario franchise and the RPG genre; Paper Mario features a wonderful paper-like art style and turn-based combat with the aid of one selected sidekick. The twist is, with the use of equipable badges, Mario and company can learn new moves or gain stat boosts. The bosses are memorable and the story is one of the funniest ever; any fan of humor or RPGs should check this classic gem out. 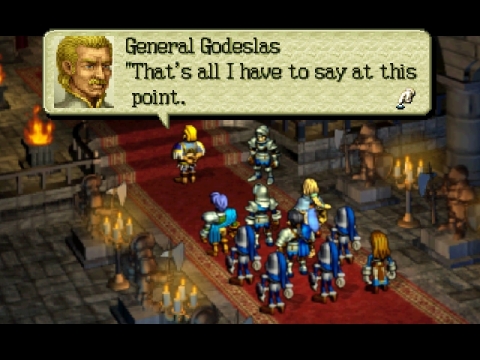 Fantasy RPG-gaming mixed with strategic and tactical elements, isometric sprite graphics with a 3D overworld map, a massive single player quest with engaging story and plot– the type of game that was hard to find on the N64 but was plentiful on the Playstation. Besides for being a rare commodity on the system, Ogre Battle 64 stands on its own merits as a deep and wonderfully complex RPG. Castlevania 64 had a lot of weight on its shoulders. It was primed to be the first Castlevania game ever to feature 3D gameplay. Luckily, most critics and gamers considered it to be an excellent transition for the series. The game did a fantastic job of capturing the atmosphere and spirit of the series, while providing a well-balanced, challenging gameplay experience that’s filled with pretty visuals, awesome music, plenty of secrets, and some incredible bosses. Fans of the retro Castlevania games will marvel at this version’s familiar sites and environments and will appreciate the dedicated style of the gameplay. There was one major flaw that nearly brought down the whole game, though: the awful camera system. As long as you were willing to fight with the camera, Castlevania 64 would become a game you would always remember.

What Capcom did with Resident Evil 2 on N64 is nothing short of amazing. Fitting a CD-ROM game onto the cartridge was no easy task, and while some of the graphics may not have been as crisp, players still got the entire horrifying experience with two campaigns, full motion video, and all the horrific voice acting. Whomever players chose first (Leon or Claire) determined how the story would play out and some items Leon picked up would not be available for Claire as she explored the police station. With this dynamic system and innovative way of story telling, replay value was extremely high. Throw in unlockable weapons with unlimited ammo and this game can keep you busy for a long time. 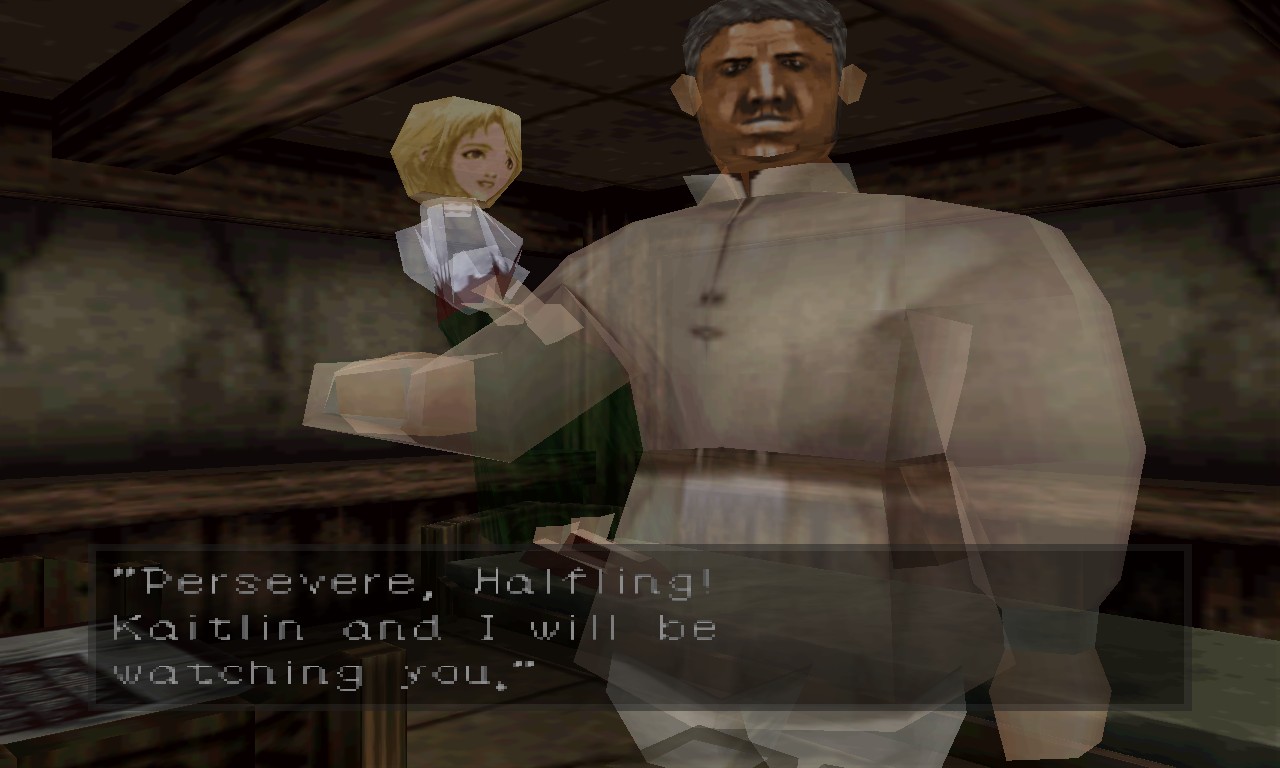 Shadowgate was a 1987 point-and-click adventure on the Apple Macintosh, later ported to the NES. Shadowgate 64 is a sequel to that original game, released over a decade later. The original game featured Lord Jair traveling from room to room in the Warlock’s castle, solving the puzzles in each room’s static screen to advance to the next. In SG64, though, each room is fully 3D and uses a first person view to help you survey your surroundings and solve each room’s mysteries. While this sequel didn’t attract the same cult fanbase as the original managed, it still turned in a solid adventure game that relies more on solving puzzles than on fighting.

Aidyn Chronicles would not have won any major awards but the pickings were slim on the N64 for a proper RPG and the Aidyn Chronicles cup was half-full, just enough for starved RPG fans to quench their thirst. The positives were a creative storyline, excellent music, and an expansive and varied game world to explore. The negatives were the slow pace and the poor combat mechanics. The graphics were also a mixed bag. But, hey, fans of the genre were satisfied.

What does a simple RPG like Quest 64 have to offer fans? At first glance, the simplistic “travel-from-Town-A-to-Town-B” nature of Quest 64 doesn’t seem very compelling. But, for some reason many fans regard Q64 quite fondly and it garnered something of a cult status. Maybe it was the inventive spell system. Or the high-quality graphics for an N64 game. Or maybe, just maybe, it was specifically the simplicity of the game that drew its appeal. Sometimes gamers enjoy an adventure that isn’t as complex or intense to engage in. After all, aren’t so many classic Nintendo games easily approachable and charming inasmuch as they are simple?

Here’s an interesting anecdote: Mars Publishing’s Parent’s Guide to Nintendo Games gave Harvest Moon 64 the only Parent’s Guide Choice Award for a Nintendo 64 game because it met the requirements of a game that “displays imagination, creativity, ingenuity of the first order, while offering a playing atmosphere that is educational and enriching.” They forgot to mention that you could easily get sucked into playing the game for hours on end. Like an addiction to drugs or alcohol. Quite educational, indeed.

Shadow Man was one of Acclaim’s greatest financial successes, having sold over a million copies of the game on all four platforms it was released on. Shadow Man is an action-adventure game loosely based on the eponymous comic series. The game features horror elements and an awesome story and presentation. IGN considered Shadow Man to be one of the best portrayed black characters in gaming.

Indiana Jones and the Infernal Machine

The N64 port for this PC game was handled by Factor 5 so, as you can imagine, things worked out quite well. Many enjoyed the game for weaving an intricate plot into its Indy-Jones-appropriate action. Besides for the platforming and excellent level design, Infernal Machine had some great puzzle-solving that reminded many of the Legend of Zelda series. In other words, an “intelligent” action-adventure game.

Hybrid Heaven was super-hyped before its release. It was the type of game seldom seen on the system. When Konami finally released the game, it was seen as a game that took its “hybrid” namesake quite literally. Hybrid Heaven was a peculiar amalgamation of role-playing stat management and level raising, a fighting game’s combo system, and a third-person adventure’s exploration and puzzle-solving action. You play as the hybrid called Diaz in a science-fiction drama that takes place primarily underground in New York City. The plot is mysterious and involved and is advanced with powerful cut-scenes. Many consider it to be one the gems on the system, and it was a great choice for those looking for a darker title than the colorful fare the N64 was known for.

Metroid Dread guide: How to get early Gravity Suit

Metroid Dread guide: How to Water Bomb Jump and get early Ice Missiles

How to Shinespark almost every boss in Metroid Dread