Super Mario Odyssey fans will have yet another new costume to unlock. Nintendo has announced a spooky Zombie Outfit for Mario to rock just in time for Halloween. Players can purchase the outfit at the Crazy Cap store only after they’ve completed the main story. The Zombie Headwear will cost 3,000 coins, while the Zombie Outfit will cost 5,000 coins. Nintendo has also added a few new filters with this update. Players can now choose from Manga, Tile, and Kaleidoscope filters when taking photos in Snapshot Mode.

New Manga, Tile, and Kaleidoscope filters have also been added to Snapshot Mode in #SuperMarioOdyssey! pic.twitter.com/BHKgoYIrKp

I must admit Nintendo is doing a fabulous job with all these Super Mario Odyssey costumes. There are so many outfits to unlock, and Nintendo continues to add more and more since the game released almost a year ago. While the costumes are great I would like to see some DLC content added in the future. There has been a ton of speculation on whether or not we’d see new Kingdoms added, with Isle Delfino being the most popular choice. As a big fan of Super Mario Sunshine, I’d absolutely love to see Isle Delfino return as a Kingdom. Could you imagine the possibilities! With Nintendo continuing to add new outfits to the game, there’s always the slight chance we do see DLC content in the future. Keep your fingers crossed!

This new outfit is available right now via a free update. So head on over and take some scary snapshots of zombie Mario. What are your thoughts on this new outfit? How does it rank compared to the others we’ve seen so far? I think this outfit is pretty neat. I like how the Zombie Headwear is an ax, so Mario now has the ability to throw an ax around. Can’t say I ever expected to see that. As always share your thoughts in the comments down below. For more coverage on Super Mario Odyssey and all things Nintendo, be sure to check out our homepage. 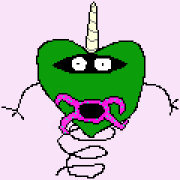 Nadir, a dark RPG inspired by The Divine Comedy, will stalk Switch