Super Smash Bros., despite being somewhat minimal for a Nintendo 64 title, was a huge success. It was one of the console’s best-selling titles, coming in at a little over 5.5 million copies, and has spawned sequels across every subsequent Nintendo console and the 3DS. Along with Mario Kart and Mario Party, the Super Smash Bros. franchise has become a quintessential multiplayer franchise in the 20 years since its initial release. But why is that? And what makes this Nintendo crossover series stand out compared to other fighting games?

A fighting game for beginners…

Perhaps the key strength of the Smash Bros. franchise is how versatile and newcomer-friendly it is. Many fighting games rely on intense skill and experience in order to properly enjoy. The formula is usually the same: pick your character based on their tier level, challenge an opponent, and exploit their weakness in order to beat them. It can be hard to fully enjoy a fighting game without studying it closely.

Super Smash Bros., which is basically the Nintendo version of an Avengers-esque crossover event series, isn’t like that. That’s not to say that there’s no skill involved, but at its core the franchise is designed so that anyone can pick up and play it. The game uses a damage percentage counter that’s flexible and always goes up with each hit, making it less intimidating than a traditional health bar, and there are constant items from various series that make the matches more unpredictable and accessible than a standard fighter.

The button layout is incredibly straightforward, the move sets of the characters contain next to no secrets, and characters have roughly equal footing, at least up to a certain high skill level. Bowser is no more advantaged than Kirby if you know how to exploit him, even for a novice, which allows the franchise to be far more user-friendly than most of its peers.

… and one for experts, too

This doesn’t mean that it lacks a competitive edge. The competitive Super Smash Bros. community has demonstrated time and again the incredible complexity, technique, and mind games that evolve from battling at the highest level, with “wavedashing” from Super Smash Bros. Melee probably being the most famous innovation.

But if that’s not your speed, the Smash Bros. franchise has prided itself on unique solo mode features. From Story Mode, where you battle an array of CPU characters, to Super Smash Bros. Melee‘s Adventure Mode, which mixes platforming with frequent boss fights, to even later entries’ attempts at campaigns and objective-based matches, it all helps to enhance the single player experience and give the franchise additional content. In some instances, playing through the single player options helps to also unlock new content.

We’re going on a scavenger hunt!

That’s another aspect that gives the Super Smash Bros. games their identity: hidden unlockables. It’s common practice for fighting games to feature additional, built-in content that has to be unlocked down the line, but the Smash Bros. games practically thrive on that. From secret characters to secret stages and items, the games make hunting for secrets a part of their identity. And they’re consciously designed to be surprising like that. To this day, I always get excited when I unwittingly find new content without knowing how I did it. It’s that dopamine rush that really makes scouring every corner of the games worthwhile.

This isn’t even its final form!

An event in game form!

The Smash Bros. games have even had such an impact on the gaming community that each new entry isn’t simply an announcement, but an event. Fans, and gamers, eagerly await each new bit of news from Sakurai like Pavlovian dogs awaiting their dinner, to the extent where he often works overtime and gets sick to deliver the goods. It’s unfortunate that it takes a physical toll on him so regularly, but it shows his intense dedication to the craft. It also shows how much the games mean to everyone, young and old alike.

And a big part of why these games mean so much is because it’s the only place you can see many of the most iconic characters in all of gaming fighting side by side or against each other. Iconic dream matchups like Mario versus Sonic are a reality thanks to Super Smash Bros. In fact, the games have normalized matches gamers couldn’t have even fathomed a few years ago, like Mega Man versus Samus or Cloud versus Bayonetta. Only this game series has enabled such magic.

The secret to Smash Bros.‘ success as a whole is that it has something for everyone. You want an engaging story mode? You got it (sometimes). A fun multiplayer experience? It’s there. Tons of hidden content that extends the playtime? It exists in droves. You can even take the battling online, though the online experience needs work. And of course, there’s a good chance that at least one of your favorite video game characters is in the game.

Do you like the Smash Bros. games? If so, what makes them special to you? Let us know in the comments below. 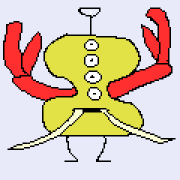 35 years of adventure: The 10 best moments in The Legend of Zelda series

5 of the most memorable winter-themed levels in Nintendo games

10 amazing anime or anime-influenced games worth playing on Switch