Splatoon is a pretty popular franchise, especially as a newer IP from Nintendo. It’s not often an entirely new cast of adorable squids with such a wacky setting are so easily accepted by the fanbase. But, Splatoon’s popularity has apparently become enough for Chinese knock-offs to come out of the ink puddles.

Thanks to a helpful post on Weibo, another Splatoon mobile ripoff has surfaced on the Taptap mobile market today. It’s called Graffiti Alliance, and couldn’t be a more obvious mockery. It has the ink, similar weapons, and even the 4 on 4 multiplayer Splatoon is known for. Splatoon has gotten a fair number of ripoffs in the past and this new one is just another addition in a long line of squid-based plagiarism.

So far the app still remains on the Taptap market, but only has 2 out of 5 stars. Hopefully, now that they’ve been put on blast, this company will pull the game and work on an original IP. This whole situation is just so disappointing because there are genuinely creative games coming out of China but they start at a disadvantage thanks to this awful reputation.

For those unaware, China’s gaming industry has earned itself a bit of a reputation for creating obvious knock-offs of popular gaming franchises. I mean, the retailers have even offered modding services for a fee. And the problem is, they get away with it. Sure there are knock-offs everywhere, but never as bad as this. Plus, the rip-offs usually end up making their money back and get tons of downloads. What’s the point of stopping?

And to make matter worse the process of enforcing copyright laws in China has proven to be often pointless. Just look at Sepia Go, it’s just Splatoon ported to mobile. If you’d like more examples there are plenty to go around. City Spirits GO is an obvious clone of Pokemon Go, Legend of Titan is a mobile version of Overwatch, and FortCraft is more than just inspired by Fortnite. They just keep coming.

Should there be stricter penalties against obvious knock-offs like this? What can aspiring game creators in China do to circumvent this stigma? Let us know what you think in the comments down below. 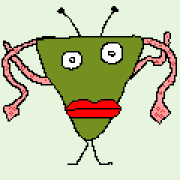 The unconfirmed Resident Evil 4 remake is reportedly being overhauled, may arrive in 2023