Infamous former-indie game Minecraft has been out since 2009. Since its inception, the title has come to basically everything that either has a screen or connects to one; everything except a Nintendo platform.

TellTale broke that chain with the imminent release of the Wii U Minecraft: Story Mode, but the official game has yet to come to the system — until now?

PEGI (the European equivalent to the ESRB) has given a brand-new rating to the blatantly labeled “Minecraft: Wii U Edition“. Considering that all Minecraft ports have had the sub-label of “Edition”, this could very well mean that this is the real deal. Mojang’s COO teased the possibility of the game seeing a Wii U release a few months ago, however, nothing has ever been confirmed. With the Nintendo Direct happening tomorrow — we may have just found out one of the big surprises. 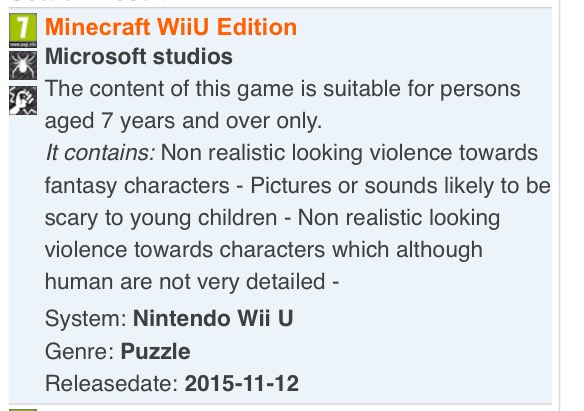 COGEN: Sword of Rewind is a slick new sidescroller with Gunvolt vibes

New details revealed for the Switch version of Hotel Sowls