[This week Nintendo Enthusiast is made possible by Postal Redux. This is a sponsored post.]

Postal Redux, the remake of the infamous shooter that first hit PC 1997, will be released for Nintendo Switch next month, marking the series’ long-awaited console debut.

Developer Running With Scissors has enlisted the services of Polish studio MD Games to port the ultra-violent isometric game to the console.

Postal Redux was originally released for PC in 2016 and was billed as much more than a remake of the first instalment in the series. The graphics, sound and controls have been updated, but the game’s headline feature is the new content it comes bundled with.

This deluxe edition arrives on Switch with extra levels that were not included in the ’90s original, and a new endurance-based mode called Rampage, to boot.

In Rampage Mode, players are rewarded for carrying out mass-murder sprees. The aim is to set a new kill streak record on each mission, with a score and grading handed out at the end. Players are encouraged to replay each level to set blood-soaked new records on them.

“Over 20 years ago, we had no clue the impact Postal would have had on society and gaming history,” said Vince Desi, founder of Running With Scissors. “Postal coming out on Switch is our dream come true. On behalf of everyone at RWS we give thanks to our fans for the many years of support. We’re just getting started.”

Postal Redux will be released on the Switch via the Nintendo eShop on October 16th. 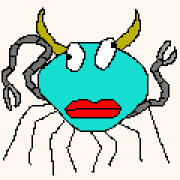 Sponsor Desu
I work behind the scenes to make Nintendo Enthusiast the best fan site around!

Retro: New RPG Dragonborne makes its way to the Game Boy next year