The end is near, folks. As we reported last week, Amazon is ending its 20 percent discount on pre-ordered games for Prime members this Tuesday. That means you need to put in those pre-orders right now before it ends.

Any pre-orders placed before August 28 are still eligible for the discount. After that, though, you’ll have to settle for Amazon’s inferior new deal: a $10 credit up to 35 days after a pre-order on select titles. That credit must be used within 60 days to boot. That’s not a bad deal, but it’s a far cry from the previous offer for sure.

Like the new deal, the old 20 percent discount was only available on certain games. So here’s a quick roundup of five Switch games you’ll definitely want to make sure to pre-order before the discount goes away:

This is the obvious one. Few games receive as much anticipation as a new Super Smash Bros. does, and Ultimate is no exception. Ultimate is bringing together every fighter that ever been in a Smash Bros. game, adding new characters and stages, and making tons of refinements. Unless something goes horribly wrong here, you’re going to want to own this one. Super Smash Bros. Ultimate releases on December 7.

Details still feel a little scarce on Pokémon: Let’s Go, Pikachu! and Eevee! All the same though, it’s a new Pokémon game and that carries some amount of inherent excitement. Not only that, but it’s the first big console Pokémon adventure. Both versions of the game release on November 16.

Whether you love it or hate it, Mario Party is back and bigger than ever. So if you have a handful of friends available you want to subject to an evening of fun, frustration, luck, and maybe even a bit of skill, Super Mario Party is your game. Just don’t take it too seriously and you’ll have a good time. Super Mario Party releases on October 5.

Given that you’re only charged on shipment and you can cancel anytime before them with no charge, it seems pretty low risk to put in a few pre-orders. Which games are you going to pre-order? Let us know in the comments! 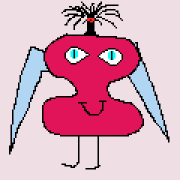 Thomas Ella
Contributor at Nintendo Enthusiast. Despite all the empirical evidence to the contrary, Thomas maintains that Link is the best character in Super Smash Bros. 64. You can listen to Thomas really screw up his dating life on The Undesirables podcast.

Kingdoms of Amalur: Re-Reckoning comes to Switch in March

NUTS, a squirrel surveillance mystery, gets squirrelly on Switch next month