Emily Rogers is no stranger to leaking Nintendo info early and she’s proven to have a good track record with the NX leaks back before the Switch was revealed.  In her latest blog post, she shares more information on the rumored Mario and Rabbids game allegedly coming to Switch rumored to be titled Mario + Rabbids Kingdom Battle.

She goes on to share that the game will feature eight playable characters which include Mario, Luigi, Peach, Yoshi. The other 4 characters aren’t disclosed.  Each character will wield their own sci-fi weapon like laser guns, arm cannons etc.  Apparently the characters aren’t controlled directly but rather controlled through what is dubbed a Tuttorio which is a small floating dish which guides the characters through the world. The game is also said to feature co-op multiplayer.

With E3 just over a month away, we’ll surely get confirmation on whether this game truly exists or not by that time.  Are you intrigued by this rumored title so far? 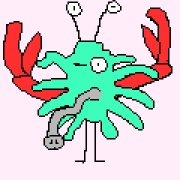 Jason Lepine
Operations manager at EG and video darling. The "class" of our Class vs. Crass podcast.

Wonderful cause: Nintendo and Starlight join forces to brings Switches to kids in hospitals