Not everyone is happy about Pokémon success, and the Spanish company ‘Sociedad Geográfica de las Indias’ is one of them.

Through a new campaign called ‘Pokémon Free Zone’, the objective of the project is to ask Nintendo to regulate the use of the game in public spaces.

The movement isn’t just limited to protected places like the Taj Mahal or Victoria Waterfalls, but also those that can affect humanitarian, social, health, religious, security, strategic or artistic sensitivity.

The only flaw that can be found is that they want to contact Nintendo’s president instead of Niantic, where the former has nothing to do about the game’s process. It is also worth noting that Niantic already started to accept requests to remove PokeStops or Gyms through a petition.

While the change.org petition is in Spanish, there is also an official site available in English. 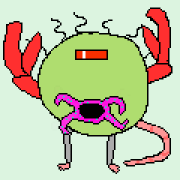 Eric Weichhart
When it comes to gaming, I don't choose a side nor the budget, but how much fun I will get from playing.