Last month, Final Fantasy VII Remake was confirmed to launch exclusively for the PlayStation 4 in March 2020. Square Enix explicitly stated that the Sony gaming console would be home to the remake, most likely as an ode to the console that was home to the original title in the ’90s. But that doesn’t stop rumors and social media mistakes from inciting a flurry of doubts about exclusivity.

This week, the official Xbox Germany Facebook page published a video that revealed Final Fantasy VII Remake would also be releasing on the Xbox One in March of next year. That goof caused an onslaught of fans to go rabid, questioning Square Enix ‘s statement of exclusivity.

Hey. We did an internal mistake in the Social Team. We took the video off immediately. Sorry, no announcement on our side. Big apologies for this.

Well, Xbox DACH’s marketing and social lead Maxi Gräff swiftly apologized for the mix-up and contribution to the rumor mill.

When Final Fantasy VII Remake was announced with a release date last month, a press released stated the game would “debut first” on the PlayStation 4. This sparked speculation of a port for both Xbox One and Nintendo Switch players. But as Twitter user Nibel points out, the E3 trailer for the game doesn’t include the tag of “play it first on PlayStation,” which again reinstates its exclusive rights to Sony.

Publication Video Games Chronicle asked Square Enix about the topic of exclusivity for the title, but the company double-downed once again. A spokesperson told VGC: “As previously announced, Final Fantasy VII Remake will be released for the PlayStation 4 on March 3rd 2020. We have no plans for other platforms.”

We can all accept it now: Final Fantasy VII Remake will not release on the Nintendo Switch. Or, at least, there isn’t a plan as of yet. But right now, let’s just rejoice at portable Final Fantasy ports the Switch has been blessed with so far. 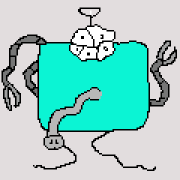 We nearly got this GBA “Lemon Yellow” variant, but it was never released

Final Fantasy I * II * III: Memory of Heroes novelization up for preorder