VIII. “When lenity and cruelty play for a kingdom, the gentler gamester is the soonest winner.”

Above, the gods quarrel. It’s a deathly quiet argument, but quarrel they do.

Back down on the Fallen Arm, on perhaps the greatest beach ever conceived by game design, after the kiss that could have come off as pure Velveeta but instead actually worked, Xenoblade takes a small turn as a slice of life anime. I had spent dozens of hours by this point with Shulk, Reyn, and Sharla as my party, so it was more than a little disjointing to have brief control of a completely different trio. Dunban, I reasoned, must lead this group, but it would have helped had I bothered to put decent armor on him. This portion, and the next adventure back into Mechonis, give us a little shade of character development. Thankfully, Takahashi-san had gotten most of the 20-minute “cut scene, walk, cut scene” pacing out of the way. There’s nothing revelatory here, character-wise, but everyone gets a little moment to shine.

But before walking back to the mech whence we came, the island. By the standards of this game, it’s downright compact. Yet somehow, it’s still filled with sidequests and enemies leveled just high enough to cause you headaches. Oh, and a bunch of mech-people who begin to turn the plot onto its head. Hmm. Mech-people turn out to not only be nice, but have the most impressive jiggle physics of the game, because Japan. I would say it’s far more interesting that Miquol, the king of the Machina, wants me to go kill his son, Egil, but seriously, in a world filled with all-seeing swords and giant robots, why is there a cleavage anti-gravity machine? JRPG, Q.E.D.

But alas, I have a son to go kill. The Machina aren’t too happy with Egil’s vengeance porn addiction. His penchant for butchery has not made him friends with his people, and the cruelty of his actions leads one to wonder what would fill a man with that much hate to begin with? One way to find out, I suppose, which unfortunately means leaving best vacation spot ever. It would suck to leave that beach were it not for the views en route to Mechonis. This was nothing sort of a masterstroke. There your band of heroes are, looking wistfully back home. The poor, dying Bionis. We see it from afar in a different light. Mortally wounded, perpetually under attack, and having its life force siphoned away by machines. Who wouldn’t want to save it?

So we climb. Boy, do we climb. This is the part where I would usually post a picture, but I can’t find a good enough one. You had to be there. This might all be a part of one big zone load, but it feels so seamless in the moment. Like skydiving or drunken sex against a car, scaling the height of the Mechonis is something you should do once in your life. Then, you have to walk indoors, into Mechonis, which should suck after Sword Valley and Gallahad Fortress. I had thought Monolith might have exhausted their creative flame on the biological environments and left the mechanical ones adrift. I was wrong. Mechonis Field and the Central Factory are the bee’s testicles, or the dog’s knees, or whatever it is people on the internet say now. 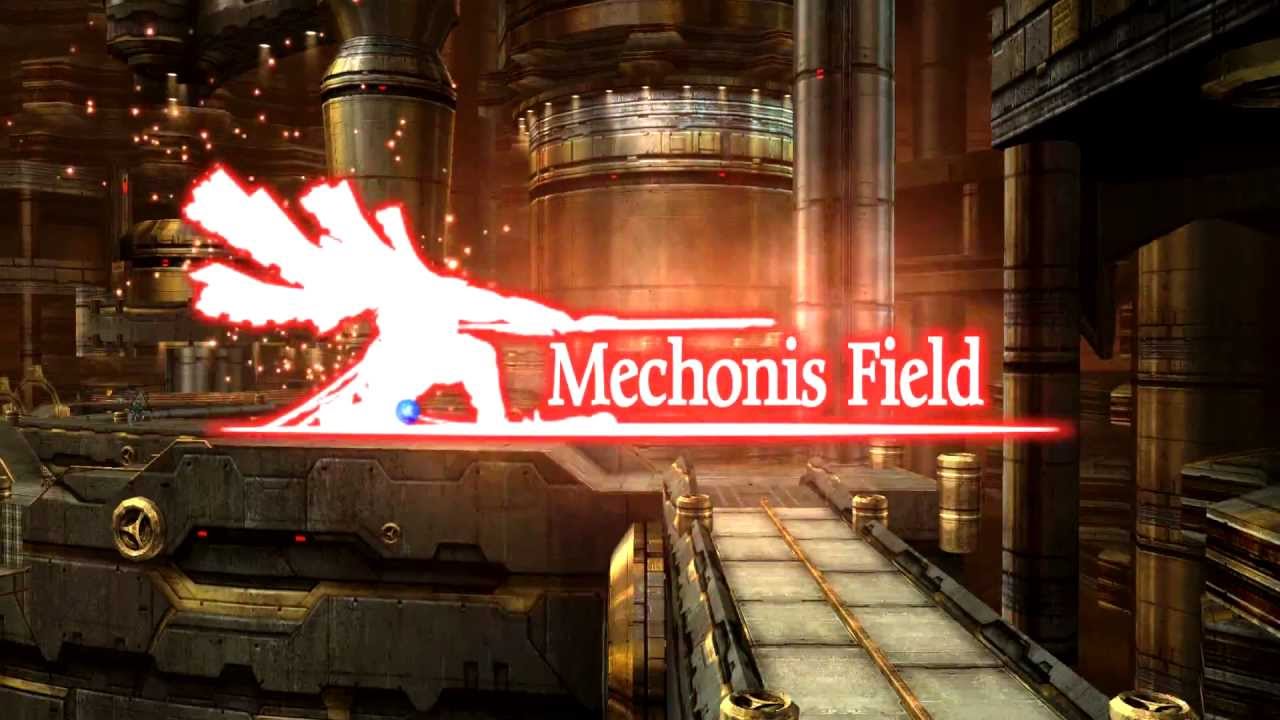 Yeah, yeah, yeah, I know. It should go without saying, but no. Really.

It really feels like you’re in a giant effing robot. This is a spot to, once again, spill a few thousand words. But I can’t. It’s conveyor belts, and stupidly high ceilings, and lifts, and switches, and Mechon grunts who are overpowered enough to keep leveling you up (and because I was finally adept at this battle system, level up, I did). It’s mini-bosses and elevators. It’s 10-story high mantis-looking robots who Reyn quizzically asks “are we really doing this?!” when I foolishly try to take them on. It’s more linear than the best areas on Bionis, true, but it feels alive. It feels dangerous, like you’re running into antibodies protecting the Mechonis itself from a foreign disease creeping in.

Hours spent in these two areas? I have no idea. The memories have all bled together like a summer night I lived to regret and love. This is the real grist of this game’s style of adventure, where you’re left to your own devices and have to sink or swim via your adeptness in battle and your armor hoarding and matching, as well as gem crafting (which by this point had become a necessity; woe unto the gamer without some fine II and III level gems by now). In these two areas, plot takes a back seat to the simple pleasure of kicking a whole bunch of robot ass and traversing through ever-more-staggering scenery. There is one rather large exception, though.

By this point, we have learned that the Faces were a science experiment gone…well, right. The Monado could not hurt humans, so Egil had the bright idea of splicing humans into machines, and voila, problem solved (a Mechon hybrid that the Monado could not touch). The flaw in this plan, though, was the human component. Fiora’s redemption was due, in large part, to her love for Shulk. But that required a redemption of a higher power.

Gadolt had been in the shadow of this game’s plot for hours. He is the link of our main characters, why Sharla can see in Shulk and Reyn kindred spirits, because they’ve all lost someone important to them. His reappearance was expected, foreshadowed, built up, but there’s still a bit of a gut punch in actually seeing him as a Face Mechon. Maybe I just had a soft spot for Sharla, but damn, you had to feel for her. Hope flickers, though, because Fiora has already proven that a human can walk out of the fog of being made metal. Gadolt can be redeemed. Because Sharla is still there, rifle in hand, ready to beat his ass back to his senses. His initial boss fight, in the transition between Mechonis Field and Central Factory, leads us to believe him a lost cause.

But this is Xenoblade. You never get it right. Not on your first try. We don’t even get Gadolt’s best shot.

That would come soon enough.

Turns out Monolithsoft had been hoarding bosses.